42 / 27.08.2017 / what an amazing experience with ZSAMM. we are in love with “Where Sallows fly backwards”, a little home-made festival in a small village of styria. a pic made by P.B. from the band Baguette, just when we were leaving the Festival. 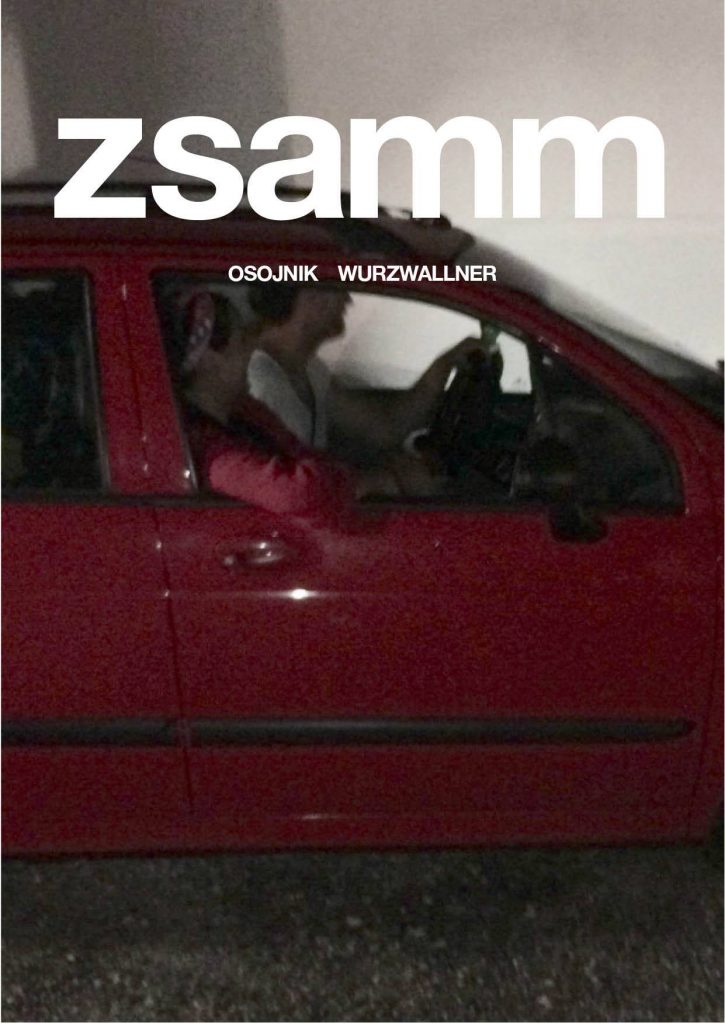 41 / end of may 2017 / behind me an awesome trip to FIMAV Festival, Victoriaville, Canada where i played with 2 Projects, ATTWA and Rdeca Raketa & Michaela Grill and met so many nice people 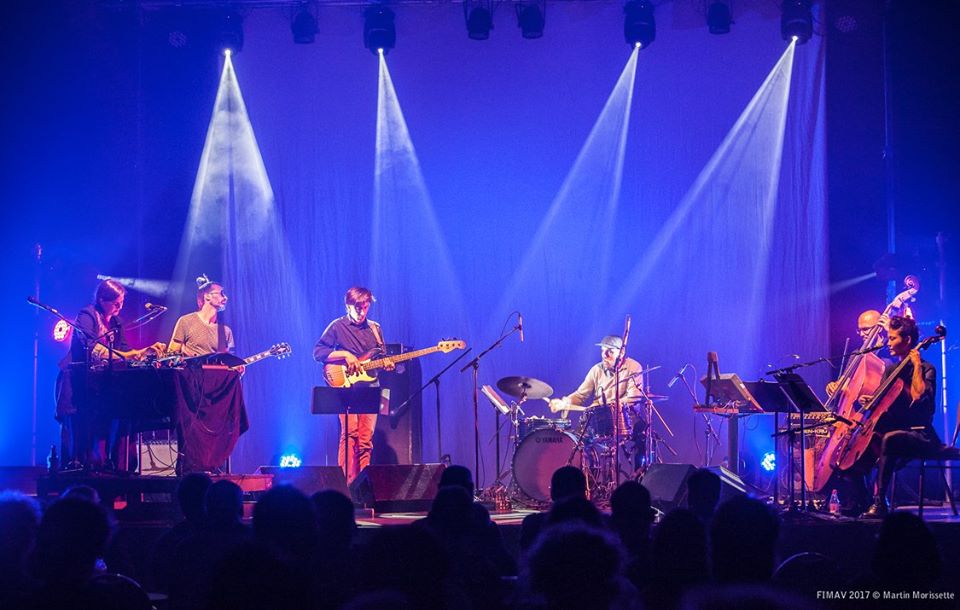 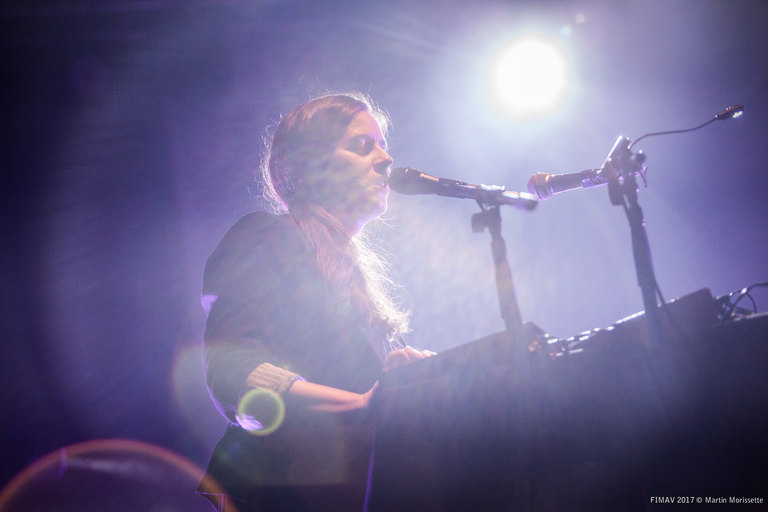 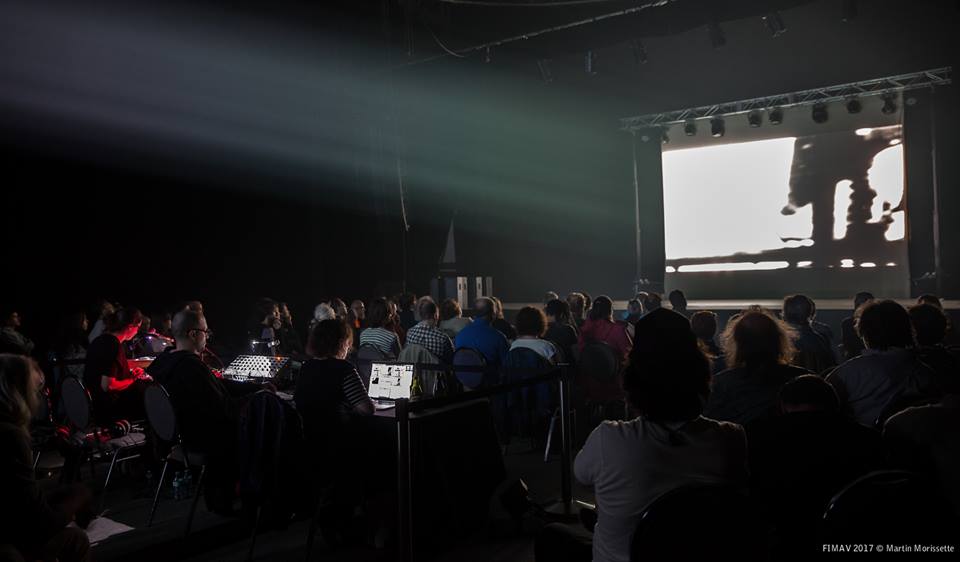 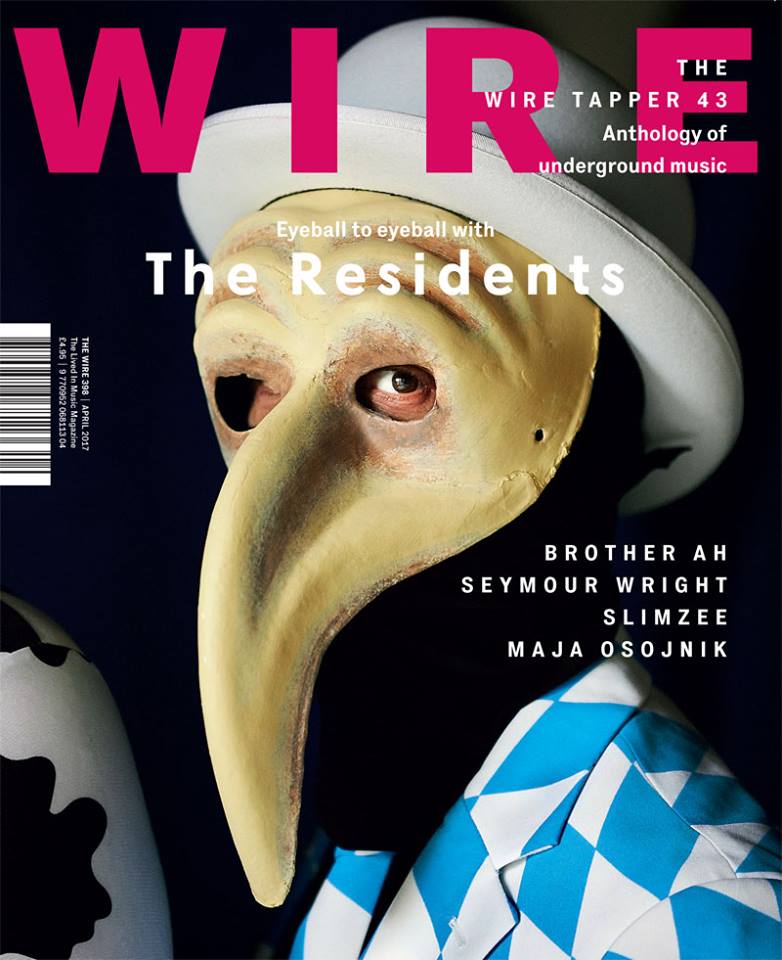 38 / ZSAMM enjoyed ELEVATE festival a lot, thx to all you folks, for coming and enjoying with us:

37 / my record is celebrating it’s 1. birthday, so i am really happy that after one year some really fine reviews are still coming in, thank you SPEX 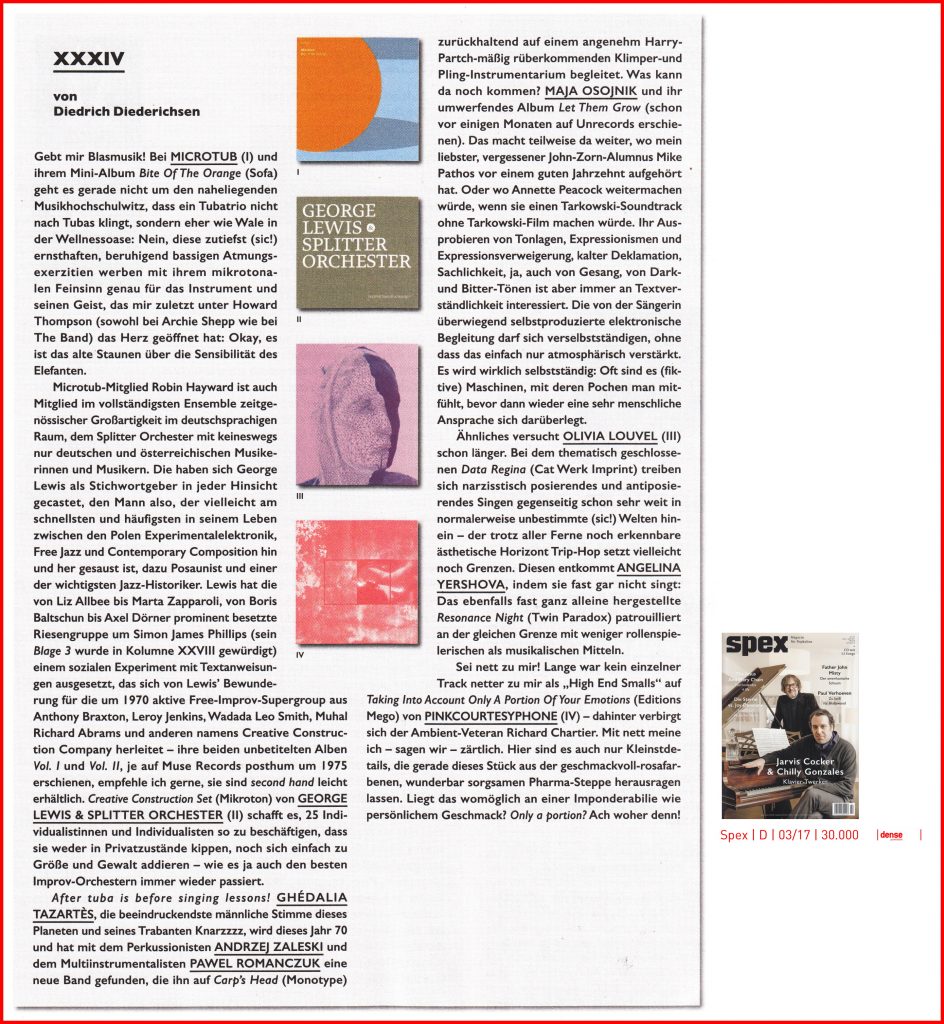 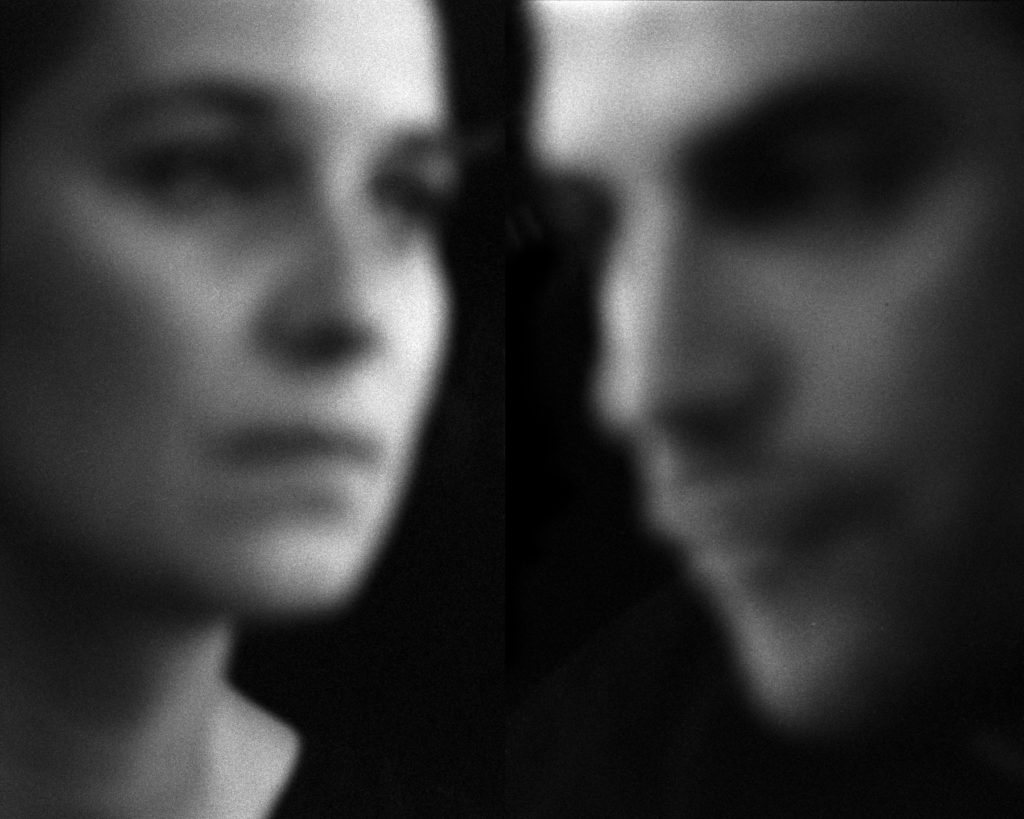 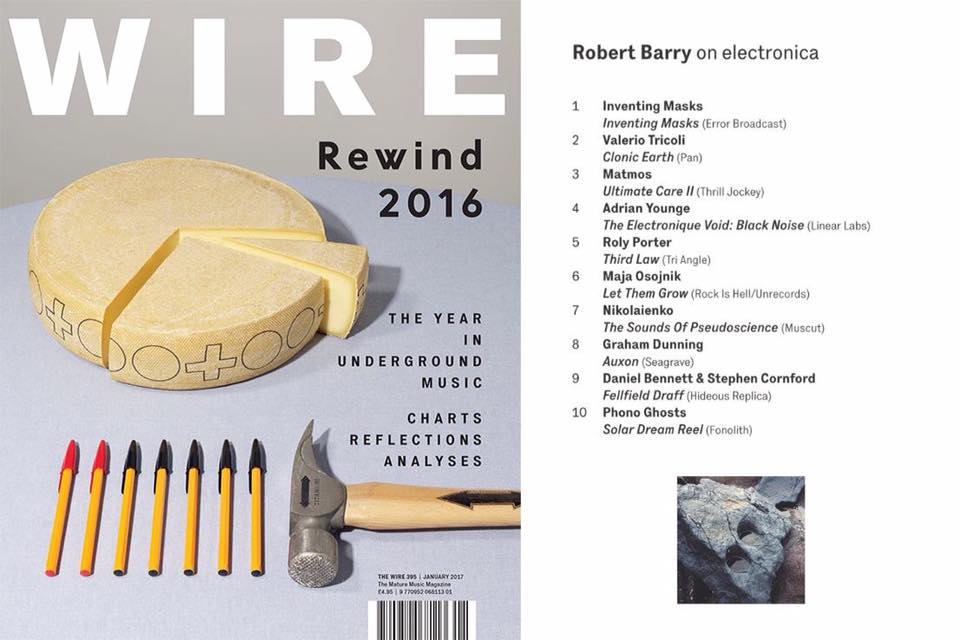 33 / 15.12.2016 / yeah! the new record LET THEM GROW hasn’t been forgotten and came in the year charts 2016:
1. rockambula, Italy placed the album under the top 10 Altro Mondo of the Year
2. include me out, UK placed the album under the top 20 of the Year
as i work independently and have no big labels, or pr agencies behind me, this makes me really really appreciative. THANK YOU FOR LIKING MY MUSIC.
32 / 15.11.2016 / awesome festival Dani nove  Glazbe – Days of contemporary Music in SPLIT, was a blast for ZSAMM

31 / 20.10.2016 / i am so fucking proud of my sis, tonight premiere of her new piece, Vita Osojnik: OTHER PEOPLE’S CHILDREN (link to the trailer) with music of my new album LET THEM GROW and some new stuff, 20:00, at the Theatre PTL, Ljubljana, Slovenia, i wish so much i could be there, damn it…
30 / july 2016 / love this one, Mental Notes on my new record by Ed Pinsent in the Sound Projector: “Perhaps we need more works like this in the world, as a way of understanding and dealing with these very common human feelings; Maja could take the place of 100 social workers, with her Cosmic Tones for Mental Therapy.”
me, blushing…
29 / 30.7.2016 / this sommer is full of surprises, i am nominated for a Bremen Jazz Award 2016, happy again! some new reviews arrived also, for example from The Soundprojector / UK, or Kathodik / Italy, you can read excerpts under press. and Anže Zorman from Radio Študent / Slovenia made a long 2 hours show, where he compares songs from my record with the live concert versions of my bands All.The.Terms.We.Are and ZSAMM
28 / 27.7.2016 / wow, my record is one of “the Top 100 Albums of 2016 so far” by John Doran in the Quietus, UK, happy!
27 / 15.6.2016 / a really cool review in WIRE/UK, awesome! 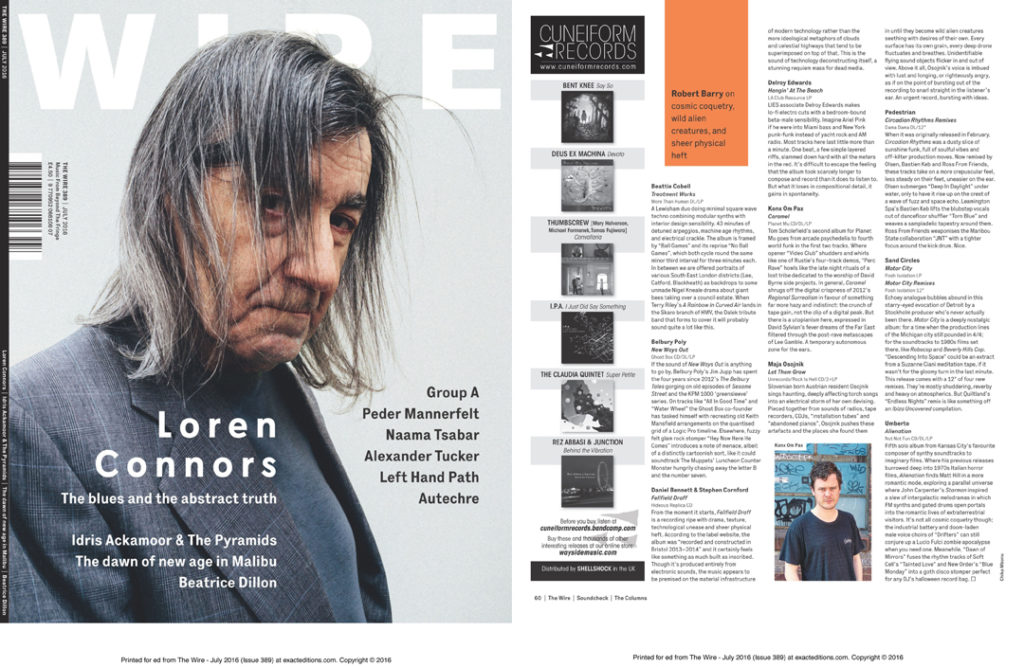 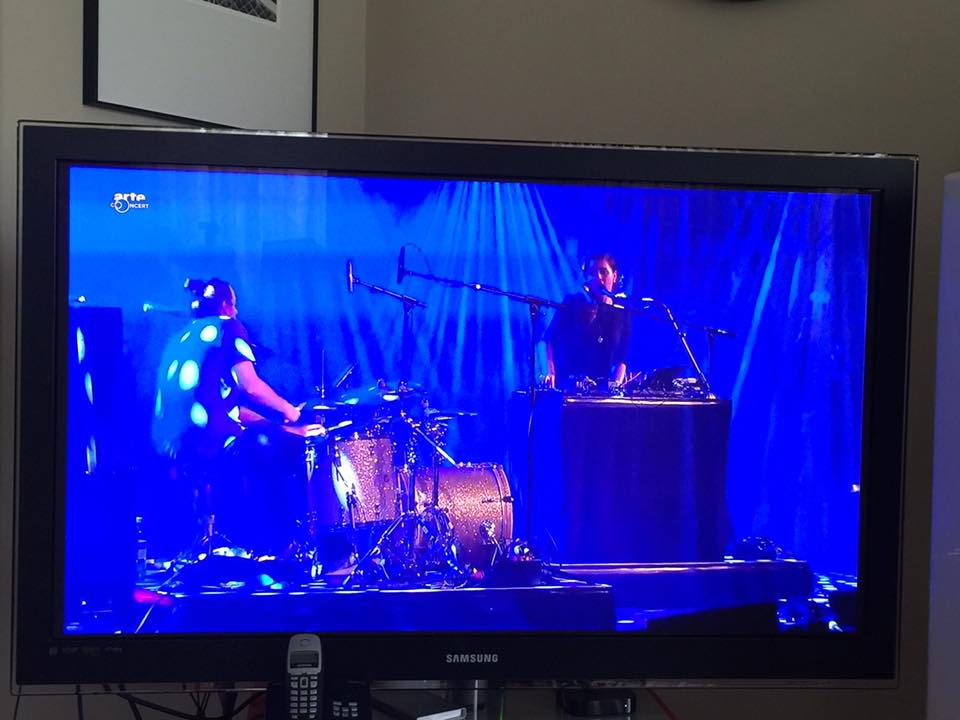 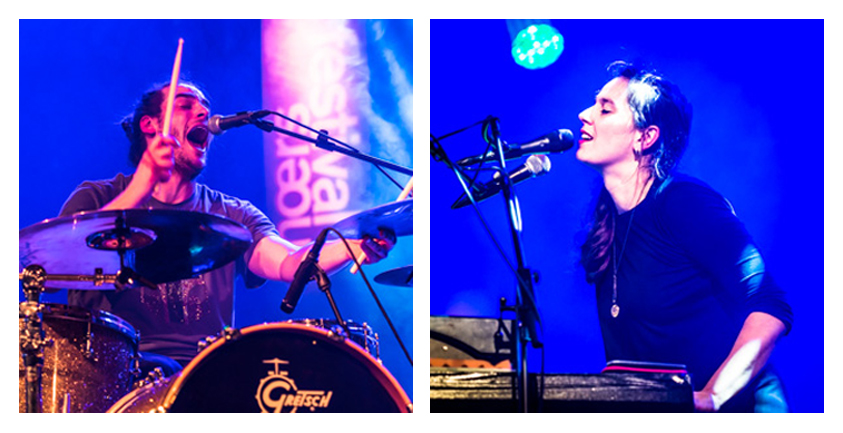 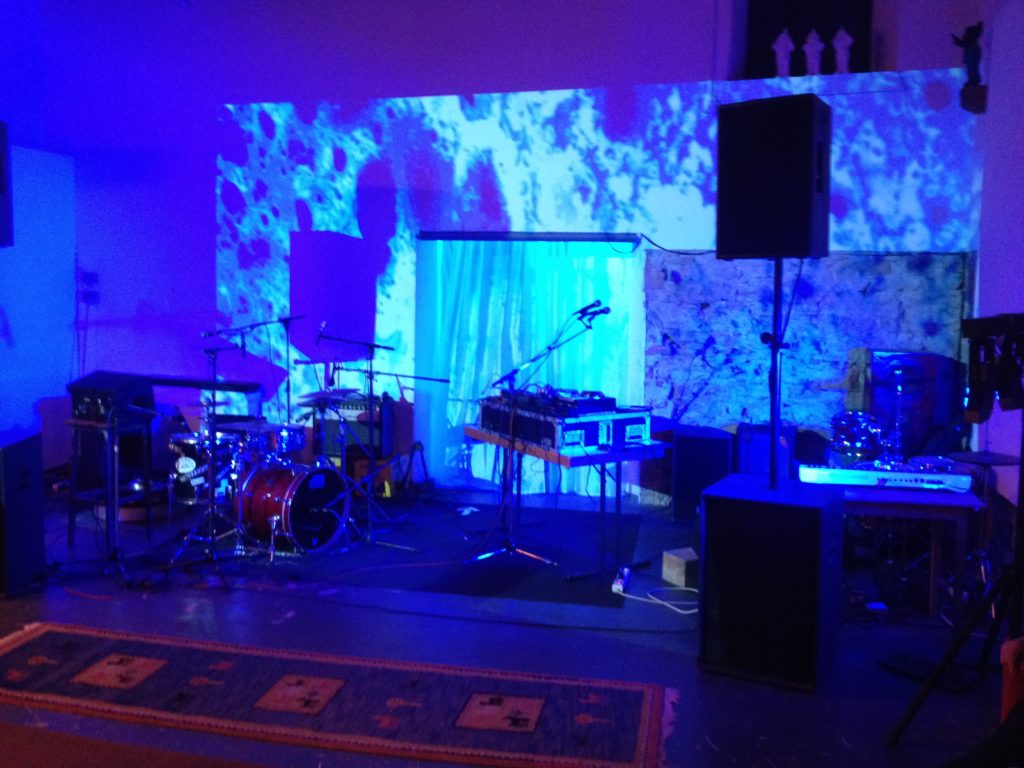 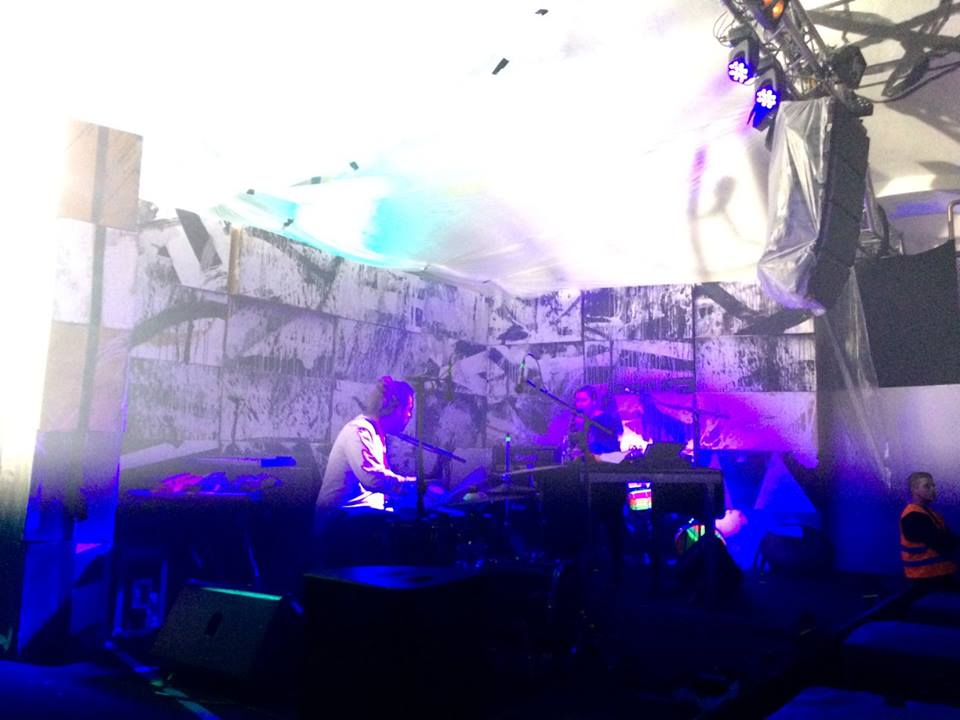 21 / 22.03.2016 / yippee, my new album LET THEM GROW got nominated for the “Preis der Deutschen Schallplatten Kritik / Grenzgänge” … i don’t know how this works, but well, thanks to the person who nominated me … i am now so happy!
20 / 22.03.2016 / oh wow, time flies, so much happened in last weeks, i can not even follow anymore. just came back from bucharest, where i played in a really cool club control and worked with such enthusiastic, curious and fine people from PFA Improv Orchestra, all as a part of the festival “week of sound / Saptamana Sunetului 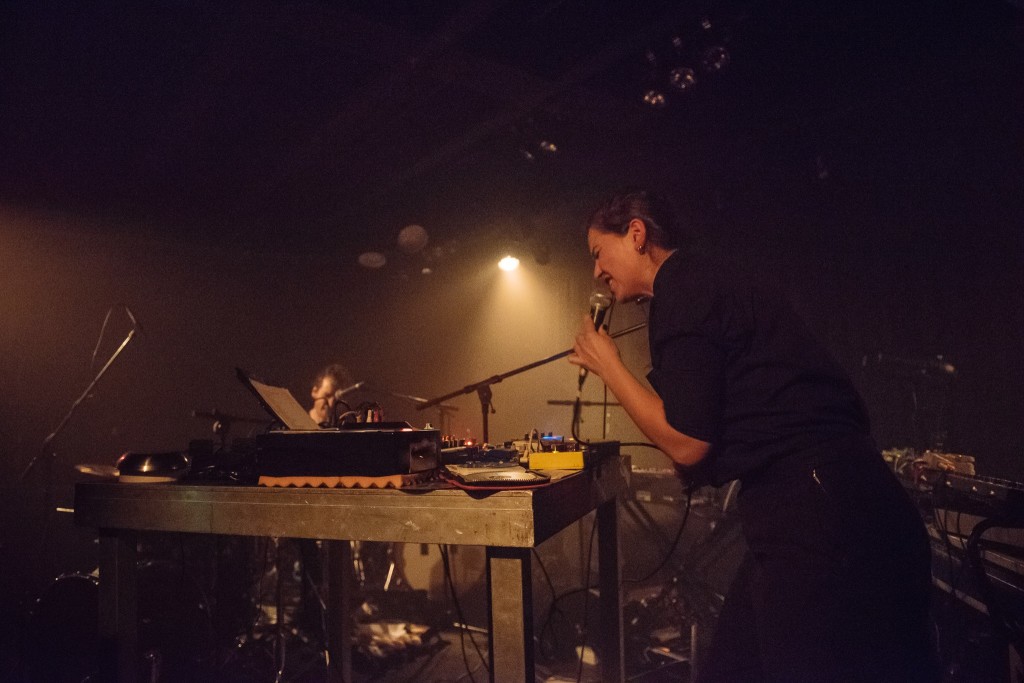 19 / 25.02.2016 / well we made it, the release party happened and it was an awesome gig with patrick, had a lot of fun, so dear friends, my wish would be to sell this darling, you can contact me any time, here some new, “blew me away” reviews by Christopher Nosnibor in auralaggravation, Stephan Wolf in Amusio…

18 / 22.02.2016 / so happy about all the incoming press, can not follow all the stuff anymore, there were some really nice articles in Falter by Gerhard Stöger, Musik an sich by Wolfgang Kabsch, Debaser Italy, Rifraf, Bad Alchemy, Black Audio, Wiener Zeitung and so on… happy!
here 2 great photos made by rania moslam of the concert with patrick at 16jahre klingt.org, brut, vienna, where we presented my record 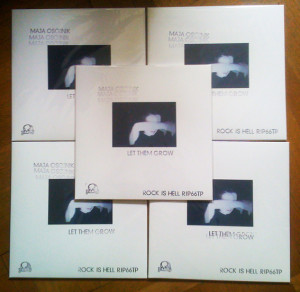 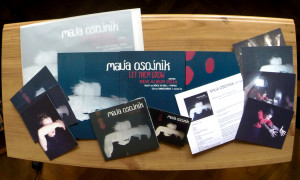 02 / 25.11.2015 / when things go wrong and of course they do
the first test pressing got a bit fucked up, wrong markings of LP sides, missing track on D, missing locked groove, but Jochen (Rock Is Hell), my best and sweetest record boss loves that too and made cute special covers with fucked up polaroids for it, love it! 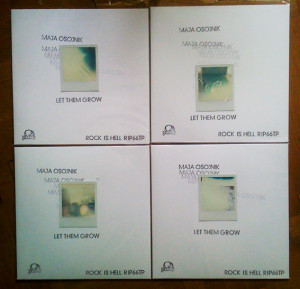 01 / 15.11.2015 / this is how this record happened /
i started to record and collect all sort of different sounds around 10 years ago and established slowly the following sound libraries:

2013 i decided to make a first solo record. i am a band person and love my bands and projects with all my heart, but i needed some time to spend with myself and got curious, where it would lead me…

my working stations from then on were:  vienna (my home, echoraum vienna, different living rooms and private spaces offered by my friends, where i could record and have some silence), forum stadtpark graz, hotel pupik residency 2014, DAR residency in druskininkai – lithuania 2014, berlin, my parent’s and sister’s home in slovenia). here some of my working tables and surroundings… 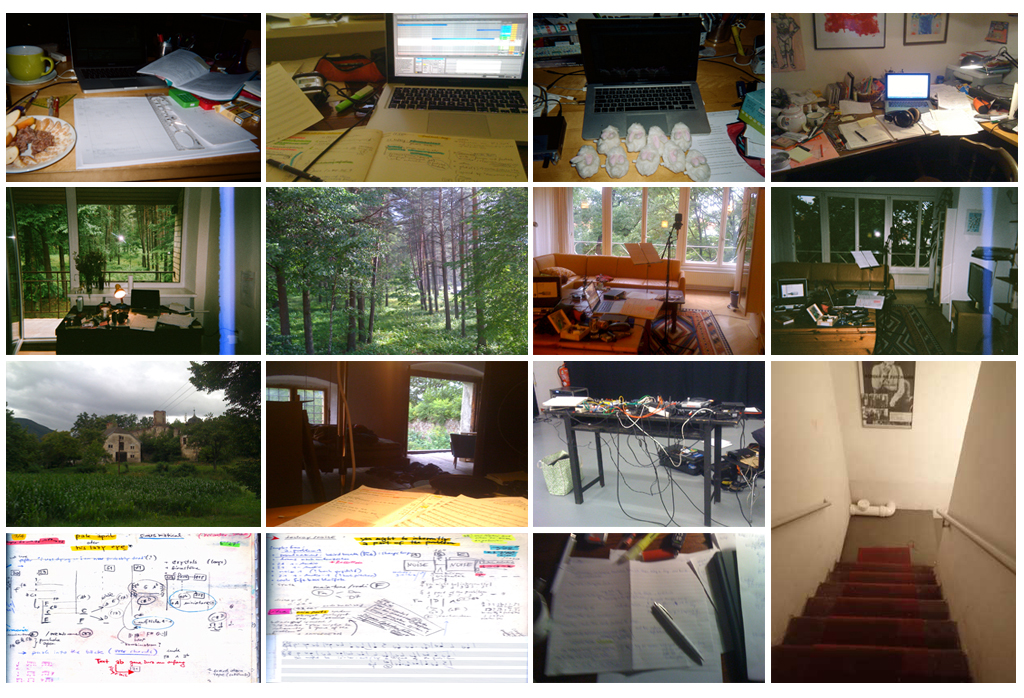 and my black working book always with me on the road : ) 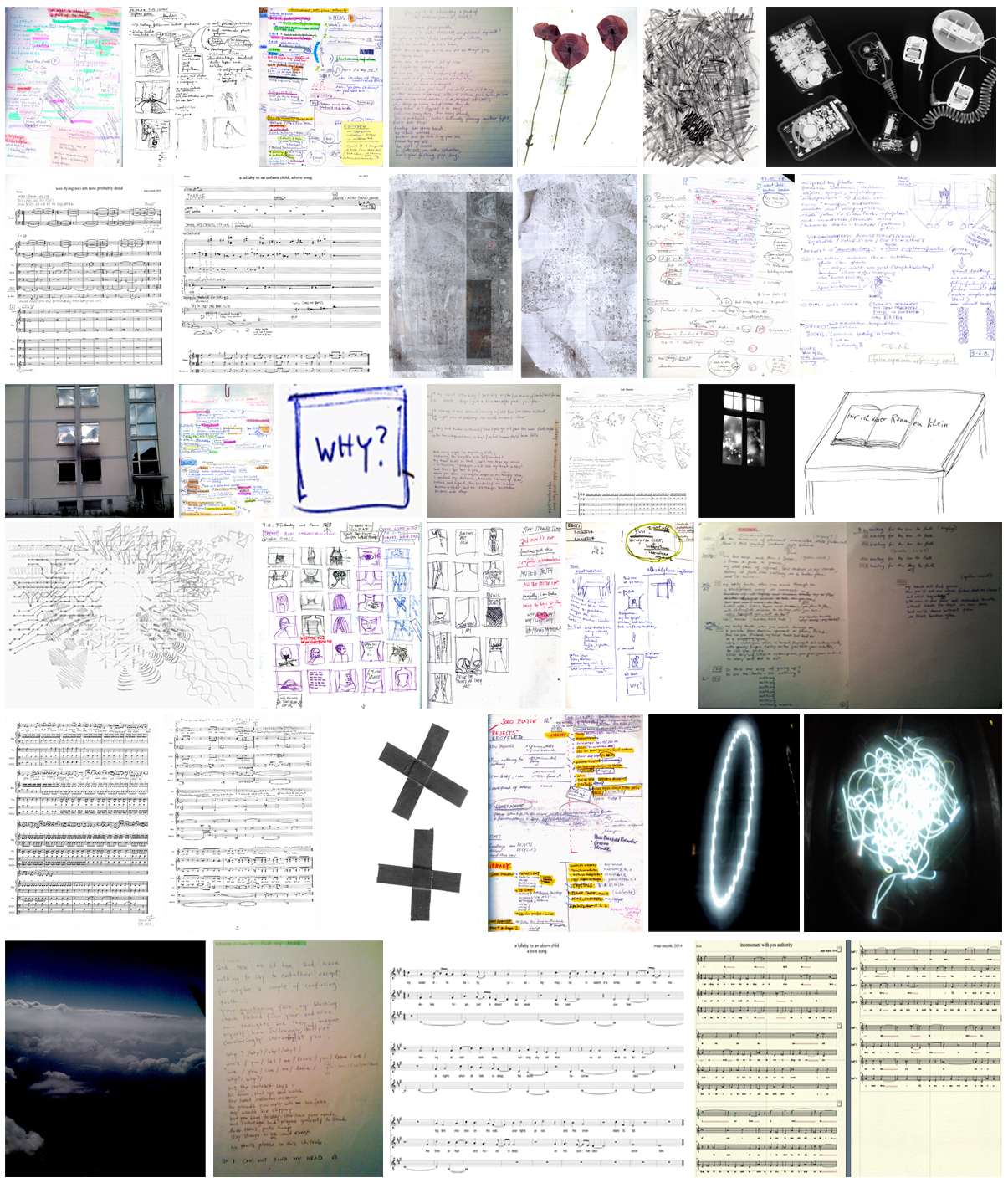 and of course numerous music sessions on my computer: 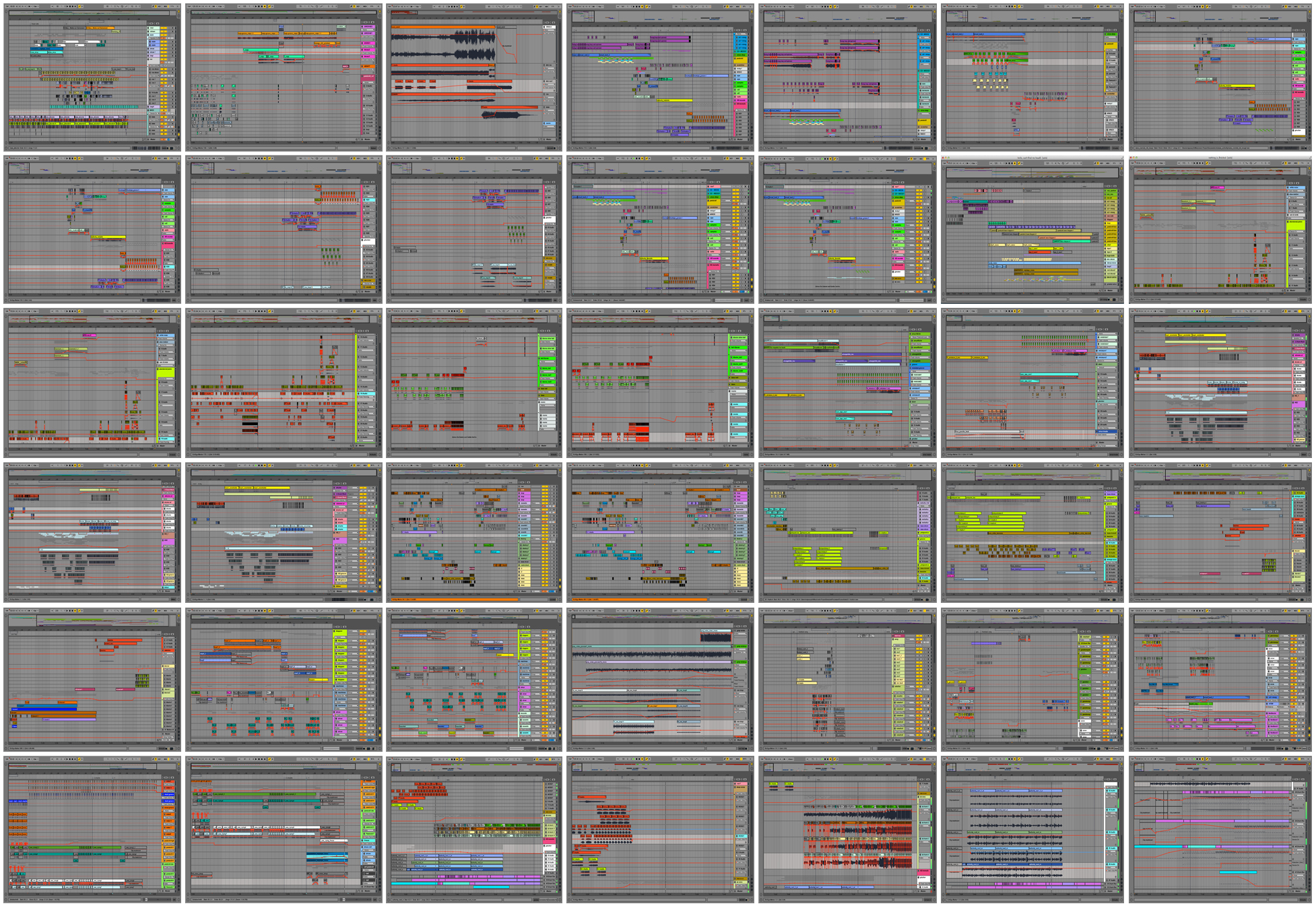 both, music and lyrics were finished at the end of may. the only thing what i still needed to do was to record my main vocals. so oliver brunbauer, a great sound technician and me traveled to one of my favorite places on this earth, hotel pupik in styria, austria, where we spent few more days recording and me afterwards editing again and again my vocals and also the music. there i slowly started to get this exiting feeling, that i am finally ready to go to the final mixing stage, which i did in july with another great sound technician and musician patrick pulsinger in his beautiful feedback studio in vienna. oh wow, this is a place to be. there is such a nice atmosphere there: everybody’s working on some new stuff, oliver was already recording and mixing another band, paul skrepek, who also has a studio there, was finishing the artwork of his new record and patrick and me mixing through the hot days of july. this collective energy was beautiful. we had a lot of fun. 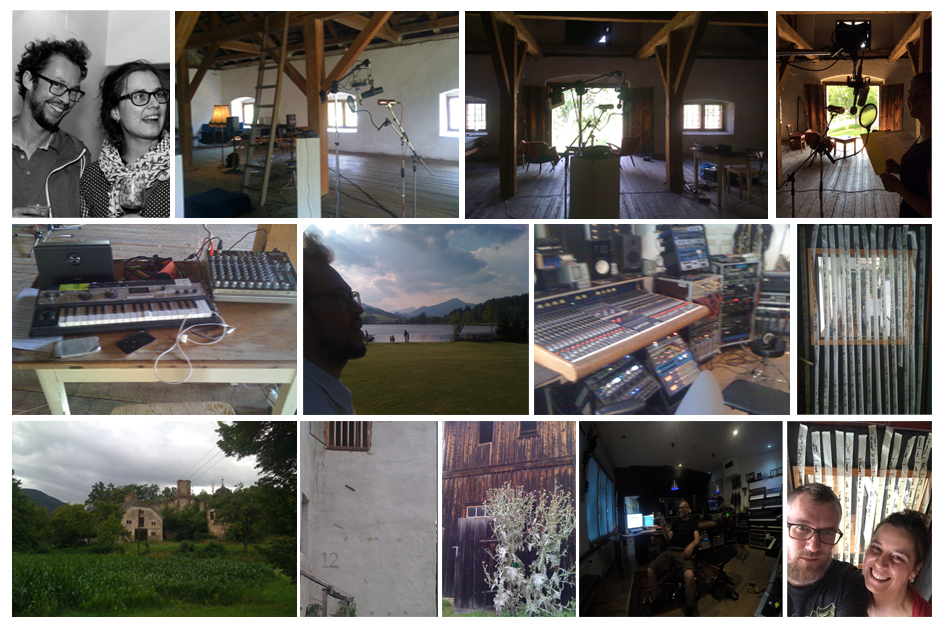 it’s actually amazing how many nice people helped me on my way of making this record. in august, rania moslam, my dearest friend and an amazing photographer an me traveled to graz, where we could thanks to forum stadtpark and garfield’s equipment try all sorts of stuff and shoot some really nice portrait photos. the time has come for one of my best friends who i really adore to join in: manfred engelmayr, also known as raumschiff  engelmayr. he’s not just great in design, but is actually an amazing musician, playing in really cool bands like bulbul, good enough for you, fugu and the cosmic mumu just to name a few. raumschiff and me, we also play in a band together, check it out: broken.heart.collector. the vbkö kindly gave us a place to work further on the artwork. because my record is a combination of digital and analog processing, we also wanted to bring that into design and work as much as possible analog. so we projected photos and graphics on the big wall using overhead projectors, slide projectors and digital projects (thanks to everybody who borrowed them) and made photos of projections. after four days we gathered a lot of material for fredl to work further on artwork. we also made photos for a new video, which is in work, leo riegler is cutting and editing right now and will be online at the end of january hopefully. 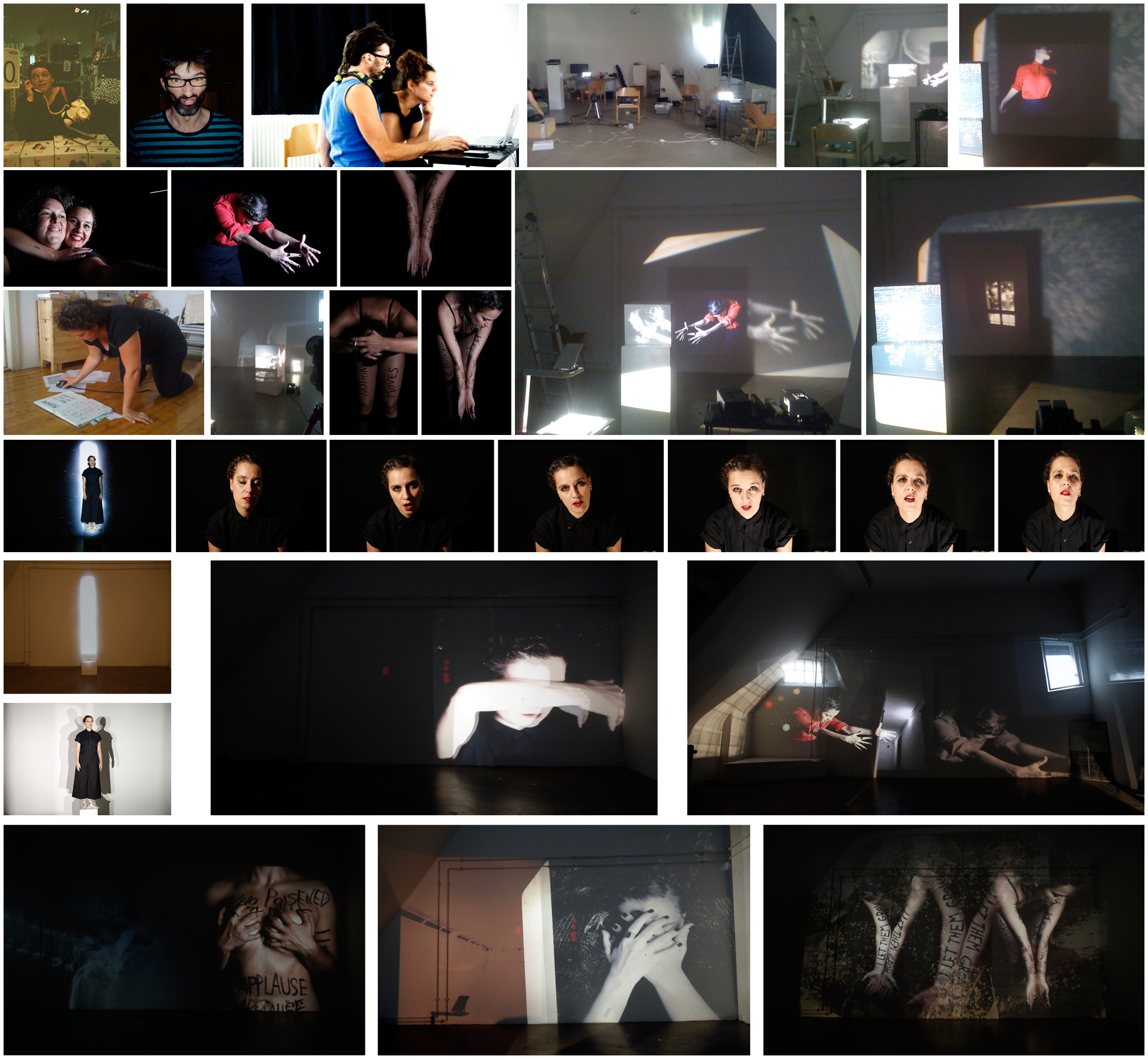